Worth Revisiting - He Is Alive and Waiting For You!

We thank Allison Gingras at Reconciled To You  and Elizabeth Riordan at Theology Is A Verb  once again for  hosting Catholic bloggers at Worth Revisiting.

It is a privilege for us to share our work with them and their readers each week. Stop by for a visit now.

This is my contribution:

He Is Alive and Waiting For You

Our Churches will be packed this Easter Sunday, filled by an influx of infrequent visitors and with the pungent fragrances flowing from the multi-colored spring flowers that will surround our altars and fill our sanctuaries. How pleased Our Lord will be to see so many there. How hopeful He is that all will return.

The songs we sing, the Scripture readings we proclaim and the homily we hear will remind us that Jesus died and rose from the dead, so that we too would have an opportunity for eternal life – a priceless gift which we have done nothing to deserve but which we can too easily forfeit.

Our Risen Lord is alive! And He desires much more than your weekly attendance at He hungers to have a personal, life-changing relationship with you. How will you respond to His invitation? Hopefully, the same way “Charlie” did.

“Charlie” was one of the many men I was privileged to meet during the more than ten  years I spent occasional weekends in area prisons.  During the course of these weekend retreats, we would remind our “brothers in green” that God made each of them in His image, that He loved them, that He had died for them, and that He would  transform them, making them into new creations. These are promises God makes not only to those confined to our physical prisons but to all who are spiritually imprisoned by their poor choices and personal sin.

These are truths that some of the prisoners had either never heard before or had (like many of us) previously rejected. A few prisoners actually came to these weekends sincerely searching for a different way of life. A sizable number, however, initially came just to get away from the structured boredom of their daily routines and for the “real” donuts and coffee the volunteers brought from the outside.  They (like many of us at certain times in our lives) had no real desire to change.

Why did you come to Mass this Easter?

“Charlie” came to one of these weekends. He was a “Charlie Manson” look-alike.  They could have been twins.  He meant business.  He had intentionally come to the program with filthy clothes, smelling as if his body had never been touched by the cleansing and aromatic qualities of soap or deodorant.  There was no way we would accept him, he thought.  As difficult as it was, we allowed God to use our welcoming arms and mouths as if they were His.  Throughout the day, “Charlie” challenged and questioned us. Then slowly he began to listen and hear the silent voice of his Risen Lord.

When “Charlie” returned the next morning, he was clean shaven, freshly showered and wearing impeccably pressed green pants and white shirt.  He was physically different.  He joyfully interacted with us.  He started the second day at least exteriorly different then he was the previous day.

He finished that day in the arms of a team member, crying uncontrollably and joyfully, having reconciled with his forgotten Lord through the Sacrament of Confession and having received Him in Holy Communion for the first time in twenty-seven years.

Will “Charlie” persevere in this new found relationship with His Risen Lord.? With God’s grace he will.

Truth be told there is a “Charlie” in all of us. The same forgiving, merciful, loving and Risen Lord Who welcomed “Charlie” into His open arms, is ready to embrace you as well.

What are you waiting for? Will He see you next week? 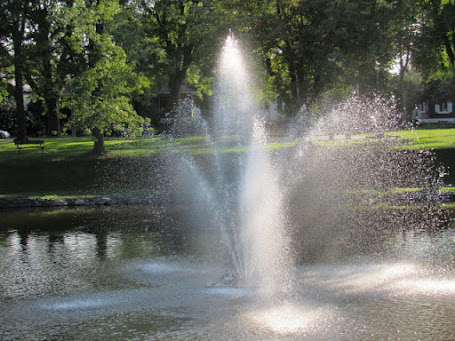