“I am dissolved so that I may be transformed; I am made one with God so as to be like Him.” – St. Bonaventure

Eucharistic Reflection - There Has Never Been Any Ambiguity - So Why Do We Hesitate Teaching This Truth?

"But anyone who would approach this gracious Sacrament while guilty of deadly sin would receive no grace from it, even though such a person would really be receiving Me as I am, wholly God, wholly human. But do you know the situation of the soul who receives the Sacrament unworthily? She is like a candle that has been doused with water and only hisses when it is brought under the fire. The flame no more than touches it, but it goes out, and nothing remains but smoke. Just so, this soul brings the candle she received in holy baptism and throws the water of sin over it, a water that drenches the wick of baptismal grace that is meant to bear the light. And unless she dries the wick out with the fire of true contrition by confessing her sin, she will physically receive the light when she approaches the table of the altar, but she will not receive it into her spirit.

If the soul is not disposed as she should be for so great a mystery, this true light will not graciously remain in her but will depart, leaving her more confounded, more darksome, and more deeply in sin. She will have gained nothing from this Sacrament but the hissing of remorse, not because of any defect in the light (for nothing can impair it) but because of the water it encountered in the soul, the water that so drenched her love that she could not receive this light."

(The Dialogue - Jesus to Saint Catherine of Siena) 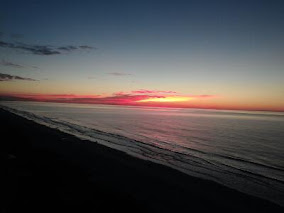