Worth Revisiting - Life Is A Warfare, A Battle


Thank you Allison Gingras at Reconciled To You  and Elizabeth Riordan at Theology Is A Verb  for  hosting Catholic bloggers at Worth Revisiting. It is a privilege for us to share our work with you and your readers. Stop by for a visit now.

Life Is A Warfare, A Battle

[If we are to enjoy the Beatific Vision for all eternity, we must, as so many spiritual writers teach, first know and identify who our enemy is. Who seeks to sever our relationship with the Source of eternal life? Who is it that seeks our eternal damnation? How do we defeat this enemy? Father James F. McElhone, C.S.C answers these questions with some specific and sage advice about spiritual combat, prayer and the acquisition of virtue:]


“…to acquire any virtue, pray. Life is a warfare, a battle. The greatest battles have been fought, not on fields reddened with blood, but in the soul, where the battle is intensified by the powerful forces of good and evil striving for the priceless gift of God - the human soul. The history of the soul shows records of success and failure, for souls generation after generation have been fighting a battle that is constant, that death alone ends, and which is vitally important; a battle not against flesh and blood, not against brothers in Christ, but against principalities and powers, against the rulers of the world of darkness, against the wickedness of the archfiend, who holds at high command the very elements of daily life to wage the deadly conflict.


The gifts of God can be employed by the individual soul for its own good or for its destruction. Those very powers which God gave to assure salvation can be used to make eternal loss possible. The soul feels the waves of angry passion; it discovers the law of the mind; it finds the flesh lusting against the spirit. It realizes that the faculties of the mind - the memory, the understanding, reason, imagination, free will can awaken elements of strife; it understands that the senses can arouse the latent enemy.

How subdue the waves of angry passion? How control the law of the members ever pulling down? How bring the flesh into subjection? How combat seductive charms? It cannot be by merely physical means; it cannot be by natural power alone; it cannot be by any force except the spiritual, for the resistance must be superior to that used by the enemy. The attack and defense must be one of prayer. The prayerful man can move mountains; the prayerful man can do all things. No one denies that the battle may sometimes be hard, but only the coward succumbs; and it should be remembered that any virtue can be had if we pray for it, and the harder we pray, the sooner it will come.”

(From Particular Examen – How to Root Out Hidden Faults).

The Handiwork of God 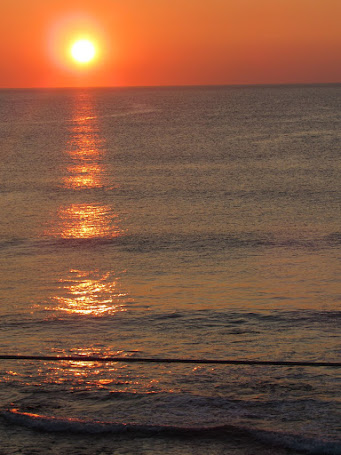