Eucharistic Reflection - The Malice of Man

"In the Eucharist, Jesus exposes Himself without protection to the insults and outrages of the impious; and the number of his new executioners is very great.

His goodness is disregarded and despised by a large number of bad Christians.

His Holiness is defiled by so many profanations and sacrileges and that by His own children and His best friends.

The indifference of Christians leaves Him alone, abandons Him in the Tabernacle, refuses His graces, neglects and even despises Communion and the Sacrifice of the Altar.

The malice of man goes so far as to deny His presence in the adorable Host, to trample it underfoot, to feed it to filthy beasts, and to use it in diabolical magic.

At the sight of so much ingratitude on the part of man, Jesus must have been troubled and unsettled for a moment before instituting the Eucharist.

There were so many reasons against it, the strongest of which was assuredly ingratitude. What a shame for Him to live among His own like a stranger unknown to them, to be forced to take flight and seek the hospitality of pagans, of savages...

Well, in view of such a sad and discouraging picture of things to come what was the Heart of Christ to do? Unable to win the heart of man, was His love to admit defeat? And since His Eucharist was bound to be useless for some was it worth His instituting it all?

But His love triumphed over all these sacrifices. 'No,' exclaimed Jesus, 'it will not be said that man can offend Me more than I can love Him. I will love Him in spite of his ingratitude and crimes. I, his King, will wait for him to visit Me. I, his Lord, will offer him My love before he offers Me his. I, his Savior, will be at his beck and call. I, his God, will give Myself entirely to him so that he may give himself entirely to Me and that I may give him with My love all the treasures of My goodness, all the magnificence of My glory; so that I may triumph in him and that he may triumph through Me. If there are so many as a few faithful hearts, if there's only one grateful and devoted soul, I will be compensated for all My sacrifices. I will institute the Eucharist for that one soul; I will rule supreme over the heart of at least one man.'

And our Lord then instituted the adorable Sacrament of His all to great love.” 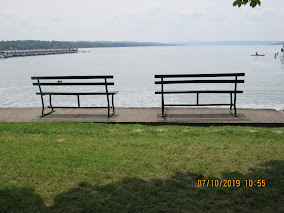