Worth Revisiting - When Was The Last Time You Really Looked at a Crucifix?

We thank Allison Gingras at Reconciled To You  and Elizabeth Riordan at Theology Is A Verb once again for  hosting Catholic bloggers at Worth Revisiting. It is a privilege for us to share our work with them and their readers.

Here is my contribution this week:

When Was The Last Time You Really Looked At A Crucifix?

There are still Catholics (albeit their numbers are dwindling) who attend Mass on Sunday, even though some of them often complain that Mass is boring and/or that they get nothing out of it.
Let me ask two questions.
When was the last time you really looked at a crucifix? I mean really gazed at one and pondered the realities it depicts.
When was the last time you went to Mass and reminded yourself that you were about to spend time at the foot of Jesus' cross?
If you have never done either of theses exercises or it has been some time since you did,  take a few minutes today to read and meditate on the following reflections of Father Raymond and author John Lynch.


Then when you next go to Church, arrive a few minutes earlier than normal. Gaze upon the crucifix and recall what is about to take place at the Altar of Sacrifice.

“You have never looked upon a crucifix and seen what the early Christians saw. They had seen men nailed!


‘They'd seen them, twisting, sinking of their own


Weight pulled upon the nails; with tongues extended,


Heads that swung in torture side to side,


That lifted up and cried for death in babbled


Spurts of sound. They'd seen them. They had seen


Men nailed . . .’
So must we look - until we see! For this is the Mass - the only important thing in all the world! This sacrilege which wrought salvation. We must look as Mary looked. We must stand as Mary stood.”

(From God, A Woman and The Way by Rev. M. Raymond, O.C.S.O. wherein Father includes the italicized excerpt from A Woman Wrapped in Silence by John Lynch )
on August 14, 2018

Email ThisBlogThis!Share to TwitterShare to FacebookShare to Pinterest
Labels: A Woman and the Way, Crucifix, God, Rev. M. Raymond OCSO, Worth Revisiting 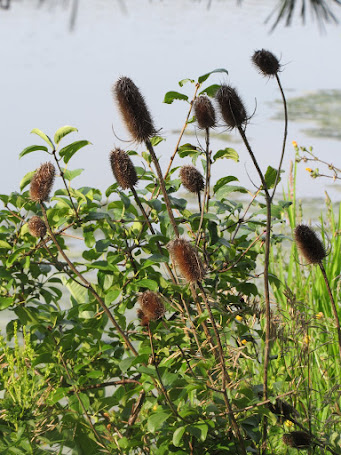